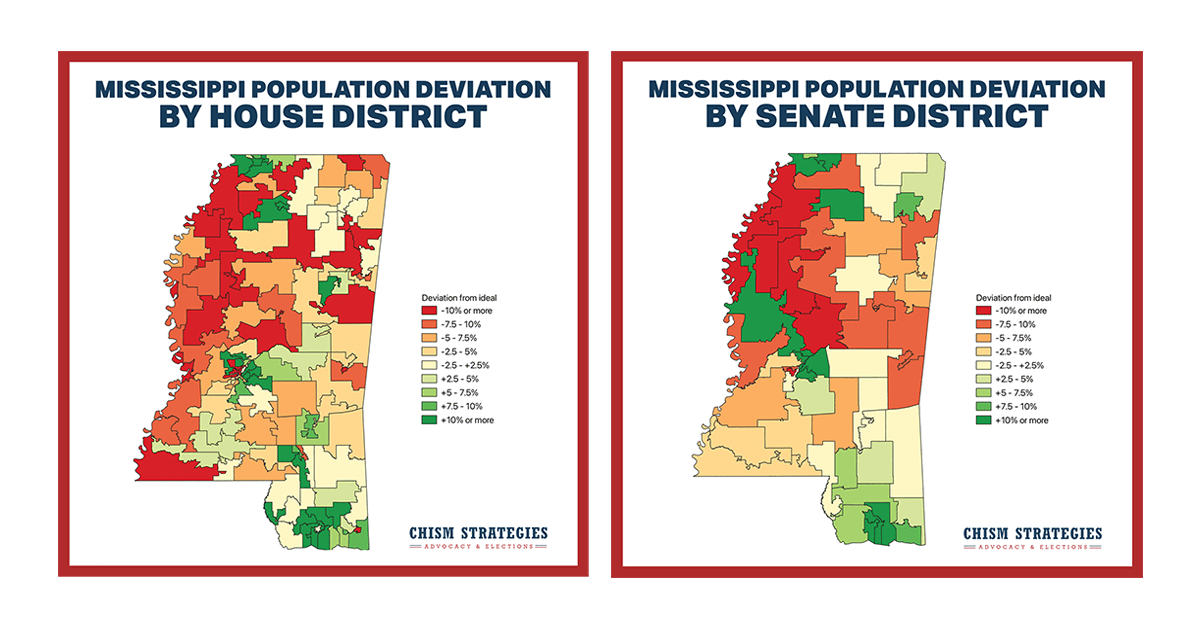 The U.S. Census Bureau released detailed information on Mississippi. Our Chism Strategies Director of Voter Targeting, Brannon Miller, did a quick analysis on the implications toward redistricting. We will keep pouring over the numbers, but we wanted you to have this now. The population changes for each legislative district are noted in the maps below. Here are the highlights: