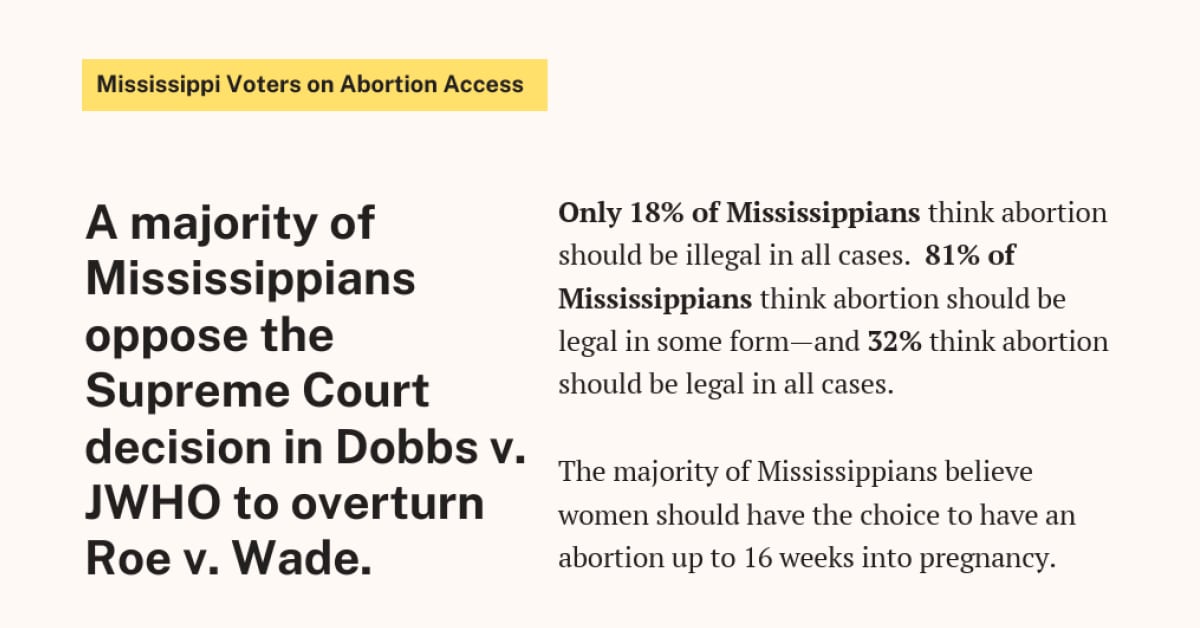 Pollsters have been quick to measure public opinion in the aftermath of the Dobbs decision invalidating Roe v. Wade. We recently reported on our own survey commissioned by the ACLU that measured attitudes of MS voters—where the litigation began. We found that even in the Buckle of the Bible Belt, a majority of voters oppose the recent SCOTUS decision.

But that data point fails to measure the complexity of voters’ opinions, which will be important for progressives messaging on this matter in the fall.

A decade ago we helped fight off a Personhood Amendment in MS. The polling and focus groups back then offered lessons that this most recent survey confirms are still applicable. Here’s our starting point for our clients messaging on reproductive rights in November.

Take good polling at face value but never assume voters fall neatly into any of the three camps (Abortion on demand/abortion with some restrictions/no abortion ever): 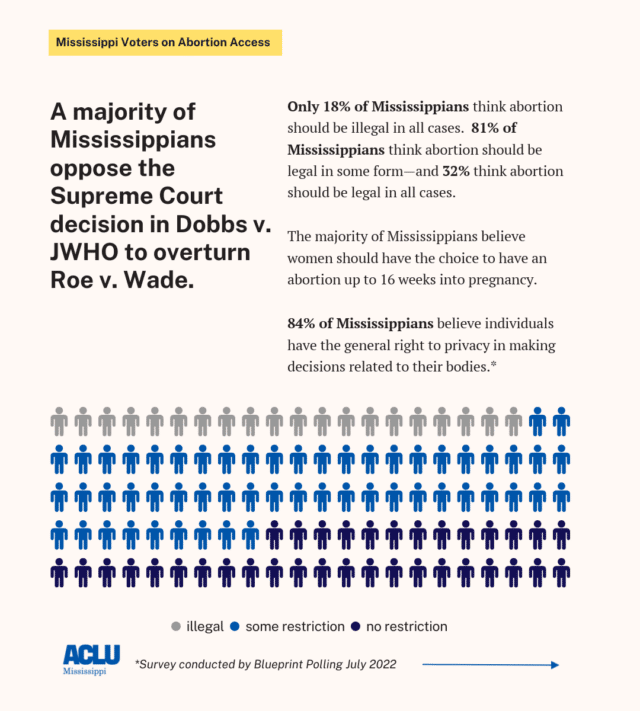