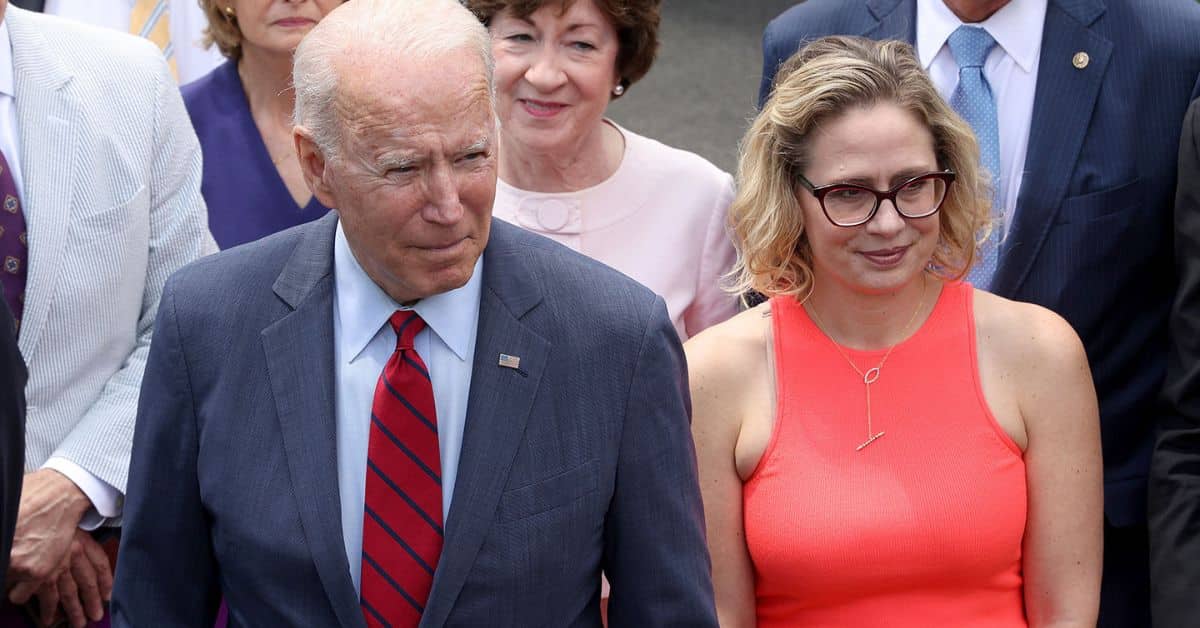 The poll also shows Florida Governor Ron DeSantis matches up against President Biden much better than former President Trump. DeSantis leads Biden by 6% at this early stage in the cycle while Trump leads Biden in a 2020 rematch by 3%, with a whopping 19% who prefer that neither Biden nor Trump be on the ballot in 2024.

Kari Lake polls at 36% in a three-way Senate race with Gallego and Sinema. The congressman follows closely at 32% while the incumbent polls less than 14%. One in six voters are undecided. Sinema draws support from both Republicans and Democrats—she gets the vote of 15% of Biden 2020 voters and 11% of Trump 2020 voters. 23% of Biden voters remain undecided in the race (compared to 13% of Trump voters), suggesting that some Democrats may be waiting to see how the race shakes out before backing a candidate. Still, Sinema’s best hope for a return to the US Senate may be for the Republican party to nominate a candidate so flawed that moderate and conservative voters would abandon that person for the Independent Sinema.

Sinema gets very little support from Hispanic voters, garnering 3% of their vote (Gallego leads Lake 41%-39% with this group), while Sinema gets the support of 17% of white Arizonans. Notably, Gallego does better with women by about 4% than with men and Sinema enjoys a similar positive differential with men.

Among Republican primary voters, former President Trump still commands a 9% lead over DeSantis at this time. But older voters are notably cooling on the former president, as DeSantis leads Trump by 9% among voters age 65 or older.

President Biden trails both potential Republican candidates in a hypothetical 2024 race. DeSantis does slightly better than Trump, thanks mostly to his support among 2020 third party voters and non-voters. While liberal respondents supported President Biden 85%-8% in 2020 and moderates supported him 62%-26%, he will need to work to get back to these levels of support. Versus DeSantis, Biden leads among liberals 74%-14%, with 13% either undecided or saying they would not vote for either candidate; among moderates, he leads 39%-24%, with 23% saying they would not back either candidate.

Against Trump, Biden leads 69%-2% with liberals, but with 18% saying they would not back either candidate. One has to assume that nearly all of these voters would come home at election time, but the numbers suggest some dissatisfaction amongst the Democratic base.

One final note: our sample size of Hispanic voters is very small, especially given the split sample, but among these voters, Biden leads Trump 57%-25%, but trails DeSantis 49%-38%. Further investigation is required, but this suggests that some of Trump’s gains in 2020 among Hispanic voters could grow with a DeSantis candidacy.

You can view full-weighted crosstabs and toplines here.

Blueprint Polling is a sister company to Chism Strategies that conducts survey research in federal, state, and local elections. This survey of 618 voters January 5-8, 2023, was conducted via IVR to landlines and text messages to cell phones and has a margin of error of +/- 3.9%. The survey was weighted by age, ethnicity, gender and education. Blueprint conducted this research with no input or funding from any candidate, committee, or interest group. For more information call Brannon Miller at 601-402-3281.