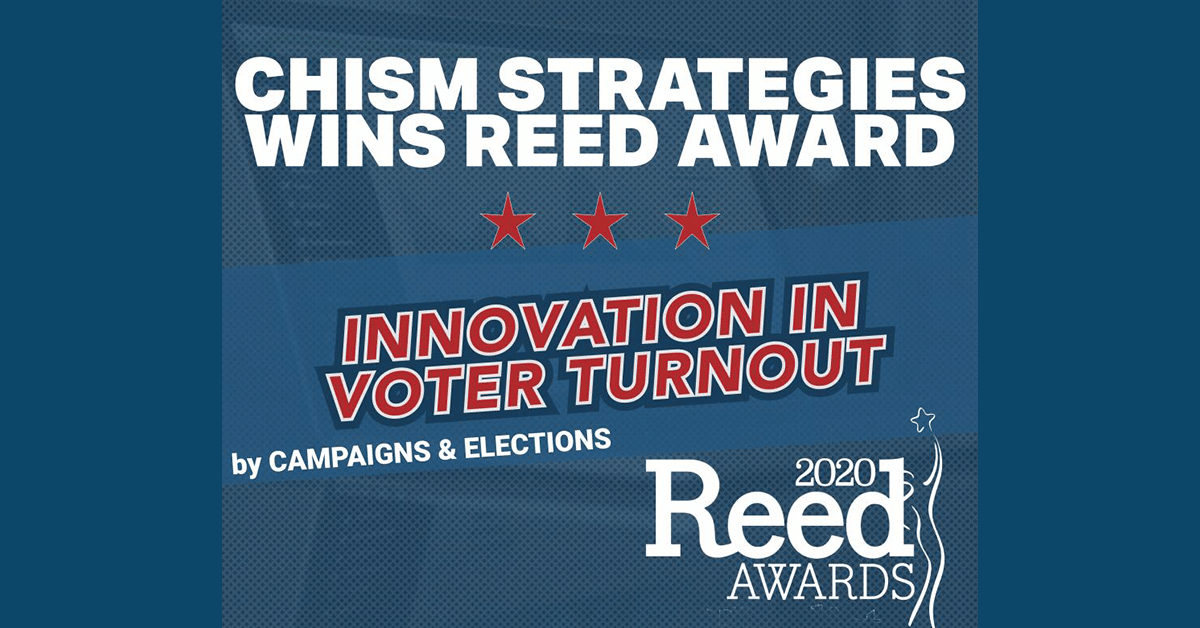 Chism Strategies was singled out by Campaigns and Elections Magazine at the Annual Reed Awards Ceremony for a Social Pressure Texting Program in Eric Johnson’s Successful Campaign for Mayor of Dallas.

We adapted the proven social pressure techniques from direct mail and phone banks and applied them to text messages. We targeted Eric Johnson supporters who had voted earlier, customizing the message to encourage them to prompt other specific voters in the household to vote early for Johnson. In the end, the additional votes generated accounted for the margin of victory in this nail biter.

In addition to the recognition for our work in the 2019 Dallas Mayor’s race, Chism Strategies was a finalist in two other categories:

Our work in each of these was deemed a finalist for the coveted Reed Awards, which recognize innovation and excellence in political consulting. We thank Mayor Johnson, Representatives Jackson-McCray and Yates for their confidence in us, and we salute all the other clients from 2019 whose work made our life more interesting and meaningful.